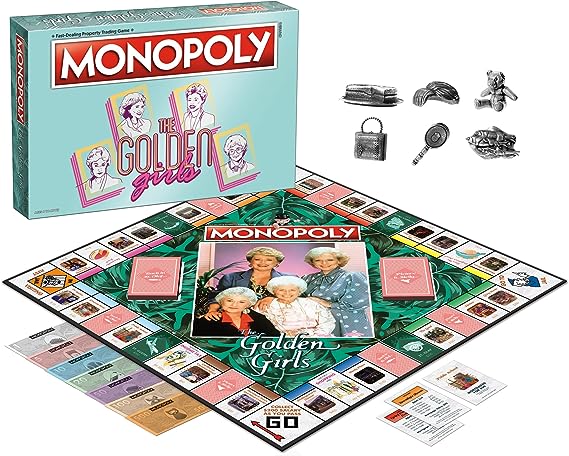 The Golden Girls Monopoly Game features the same basic rules as the original game, but all the other details have been given a golden twist.

Instead of landing on Park Place, players visit Hollingsworth Manor. Rather than paying a Luxury Tax, it’s a $100 “shopping spree.” In place of the Community Chest and Chance cards, players choose from piles of cards marked “Back in St. Olaf …” and “Picture it! Sicily …” The traditional game pieces like the top hat, wheelbarrow, and Scottie dog have been replaced with iconic details from the TV show, like Sophia’s purse, Stan’s toupee, and Rose’s teddy bear.